What is being commemorated?

The Lackawanna Railroad undertook a great project to improve rail travel between New York City and Buffalo, NYin the early 1890s. Actual planning was underway near1908 and the building of the rail line and bridges began in 1912. In this project, significant grade changes and curve elimination were made to save much time on this rail journey. In so doing, they built many new bridges, and most specifically the Tunkhannock Creek Viaduct at Nicholson, PA and the Martins’ Creek Viaduct in Kingsley, PA.

These new bridges were opened for service on September 5 and 12, 1915. 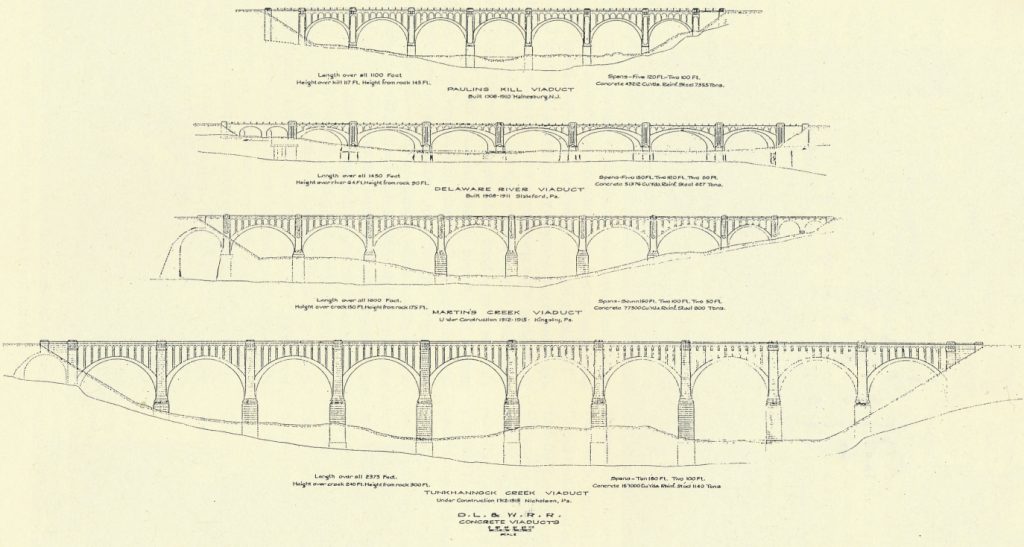 Much of the background information for this page is based on the book, Tunkhannock The Great White Bridge at Nicholson, Pennsylvania, and the Lackawanna Railroad’s Clarks Summit-Hallstead Cutoff New Century Edition by William S. Young. This book was privately published in 2007 by the authoor, who died August 8, 2012.

What is Ham Radio?

Get a Ham License or upgrade your Ham Radio ticket

For site information, corrections, or suggestions, please contact the Webmaster